Zephyrhills began as the town of Abbott on April 18,1888 and consisted of 280.74 acres. A voting district was established in 1893 followed by a post office in 1896. In 1909, Captain Harold B. Jeffries, a Civil War Union veteran from Pennsylvania purchased 35,000 acres and created the Zephyrhills Colony Company. Zephyrhills was officially founded in March of 1910 and incorporated in 1914.

In 1999, the City of Zephyrhills conducted a city-wide historic resources survey, finding over 440 resources. Through information obtained in the survey, a historic district was created. In 2001, the Zephyrhills Historic District was nominated for and listed on the National Register of Historic Places. 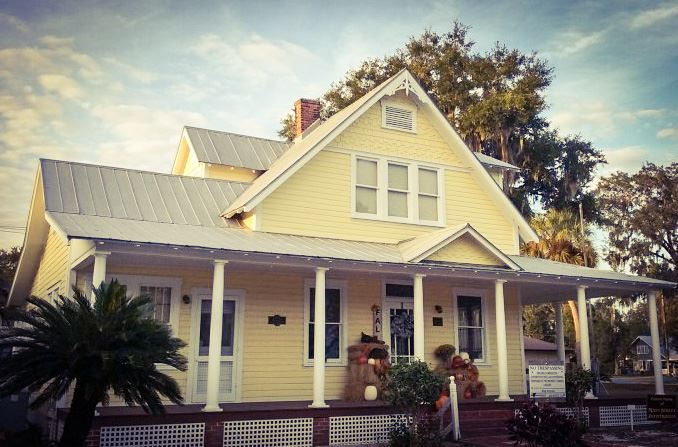 This frame vernacular structure was built in 1911 as the home of Captain Harold B. Jeffries, referred to as the founder of Zephyrhills. Captain Jeffries was a Civil War veteran from the northeast. He came to the area, then known as Abbott, and purchased 35,000 acres from the Stebbins Real Estate Company of Tampa and established the Zephyrhills Colony Company. Abbott officially became Zephyrhills in 1910.

Today the structure is owned by the City of Zephyrhills and is home to Main Street Zephyrhills, Inc., a local non-profit dedicated to preservation, revitalization and the economic vitality of the downtown business district. It is a local landmark and individually listed on the National Register of Historic Places. 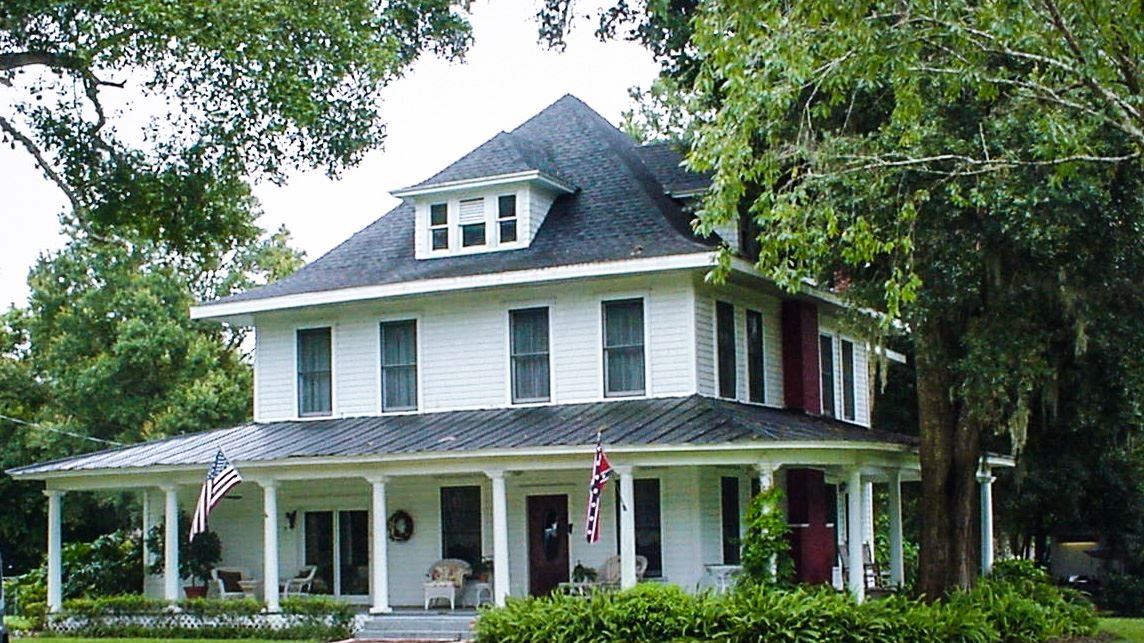 This Georgian Revival style home is locally known as the Stebbins-Miller House. It was built in 1910 by Jesse Stebbins. Jesse Stebbins was the first Pastor of the church at 5212 8th Street and the son of A.E Stebbins, the real estate promotor who sold 35,000 acres to Captain H.B. Jeffries to establish Zephyrhills. The home later became the Miller Tourist Home.

The home is privately owned and currently listed on the National Register of Historic Places as a contributor to the Historic District. It is also eligible for independent nomination and local designation. 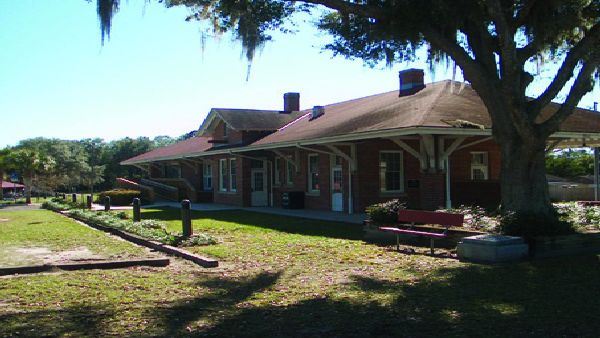 Not to be confused with the Seaboard Railroad Depot downtown no longer in existence, the Atlantic Coast Line Depot was built in 1927 as passenger and shipment combination station. Former Mayor B.F. Parsons was the station agent for two decades.

The City of Zephyrhills moved the building 200' west of the ACL (now CSX) railroad tracks to save it from demolition. It was restored and reopened as a museum. The property is eligible for independent nomination on the National Register of Historic Places. 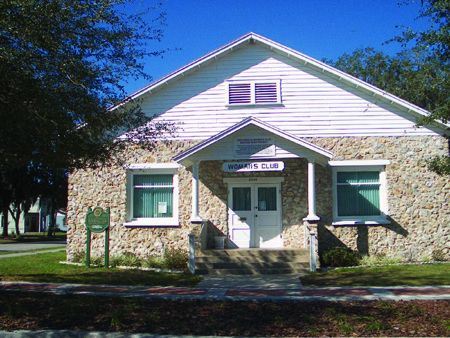 The Women's Club was built in 1915 as a community building by Walter R. Gall and Mayor B.F. Parsons as a Works Progress Administration (WPA) project. It is constructed of native rock quarried from the Hillsborough River. The Women's Club first met in the building on April 18, 1941.

Today the building is owned by the City of Zephyrhills and still utilized by the Women's Club. It is eligible for individual nomination to the National Register of Historic Places and local landmark designation. 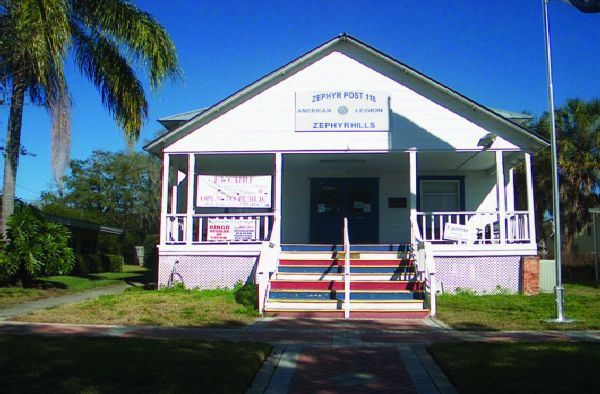 Built in 1910, the GAR Hall served as the city's first public auditorium, community meeting place, and as a movie house. It was in this building that the vote to incorporate Zephyrhills occurred in 1914.

Today the building is utilized by the American Legion Post 182. It is a contributing structure to the Zephyrhills Historic District and eligible for individual nomination and local designation. 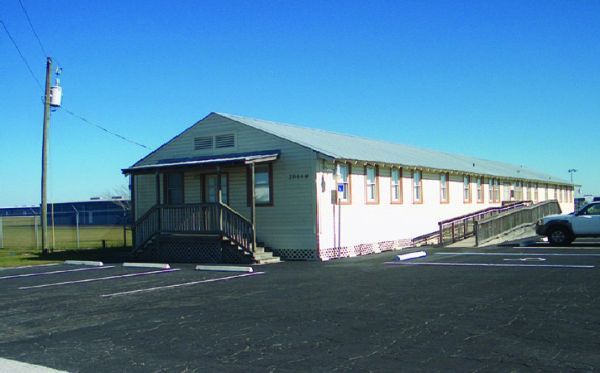 In the early 1940s, the airport was built as a training ground for Army Fighter Pilots. This building, then located on Airport Road, was the Infirmary for the 10th Fighter Squadron of the Army Air Corps from 1942-1943.  When WWII came to a close, the airport was donated to the City of Zephyrhills and the infirmary building was leased to Dr. Harry G. Brownlee. No other barrack buildings where pilots were housed exist today.

The building is owned by the City of Zephyrhills and has been moved from Airport Road to its current location at the Zephyrhills Municipal Airport on South Avenue. The building is headquarters for the Disabled American Veterans (DAV), Chapter 65 and its Auxiliary Ladies and a military museum dedicated to veterans. 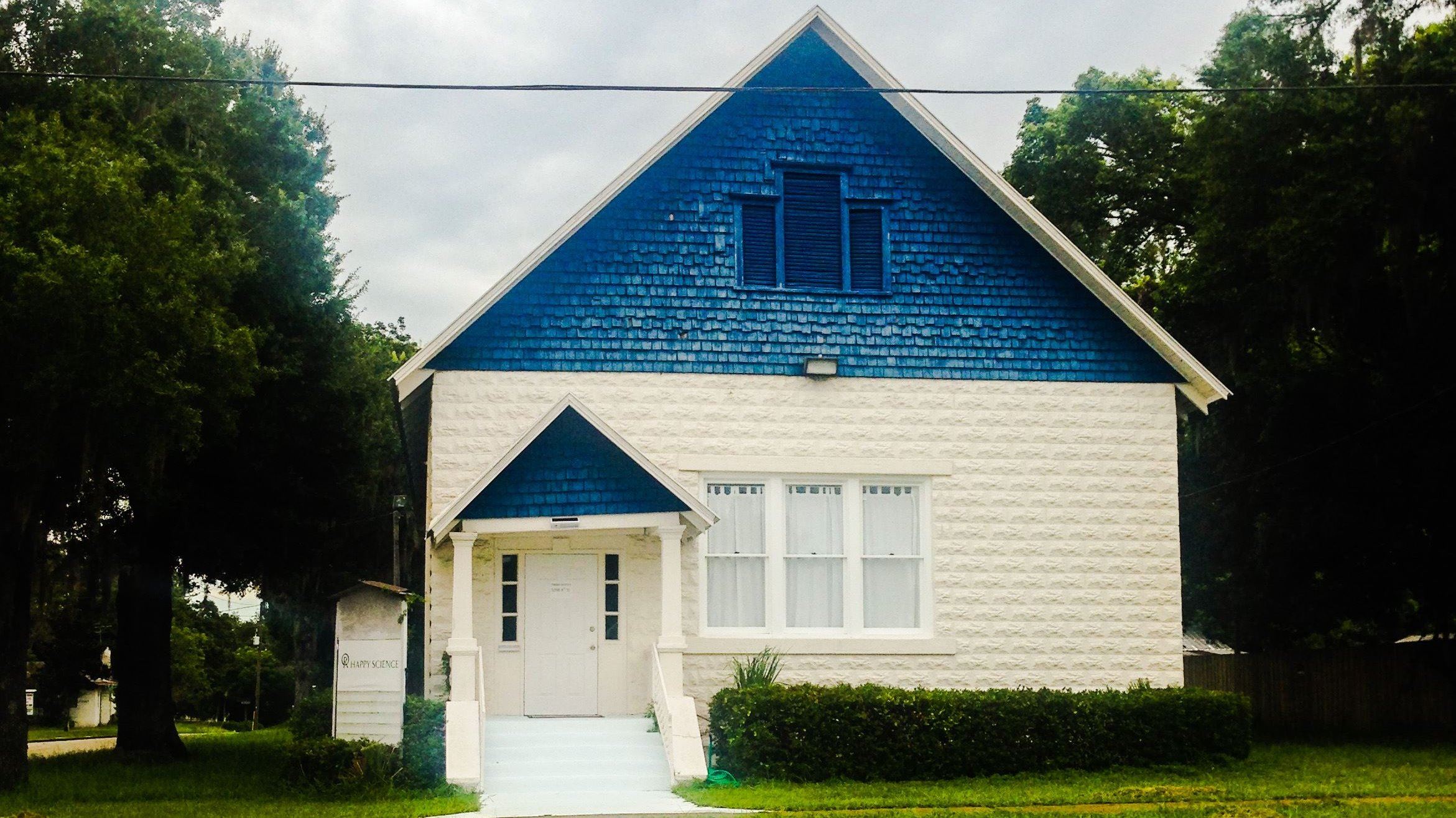 Once known as the Bible Gospel Chapel, this c. 1910 Craftsman style structure is the oldest church building in Zephyrhills. Jesse Stebbins, the son of real estate promoter A.E Stebbins, was the first pastor.

The building is a contributing structure to the Zephyrhills Historic District and eligible for local landmark designation and individual nomination to the National Register of Historic Places.

Next Previous
Report a Concern
Notify Me®
Agendas & Minutes
Employment
[]